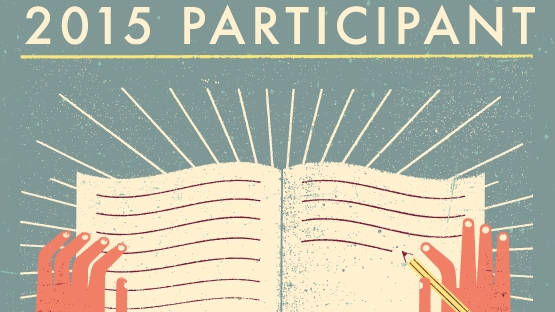 Ever since I was old enough to read (perhaps even before that) I was writing stories. A happy companion to my drawings and paintings, writing let me create characters and situations that explored the worlds I loved to create. Folders upon folders of ideas and sketches and maps and floor plans, accompanied by character briefs, relationship anecdotes, and mystery are a part of what helped my young imagination thrive.

As an adult I chose to study art as a profession and went to art school to hone my craft and become more proficient. It was always my goal (and sometimes still is) to visually depict the ideas that I am unable to verbalize. And while my studies took me to illustration, sequential illustration and story telling, writing has remained  an important part of my pursuit of continuing education and  an integral part of who I am.  I’ve studies creative writing part-time, online, and under some very inspiring instructors over the years and even now I am learning about narrative in games with a wonderfully small(ish) and supportive specialized MOOC community.

It happens that I have also jumped feet first into the NanoWrimo community.

After an unsuccessful participation in Nanowrimo during my college years (really, what was I trying to prove? Between classes, assignments, pub nights, and working – I was kidding myself), I decided quickly that I would never be disciplined enough to successfully bang out 50 thousand words over the course of thirty days. It was a pipe dream, and I moved on.

I continued my writing journey with short stories, a dabble in poetry, and eventually began to write more serious articles for magazines and then online publications. Blogging on and off for a number of years, I decided in 2012 to try again. I failed. I failed a big flashy miserable fail. I was in the process of immigration, I was physically separated from by husband because of it, and I should have been able to make it happen. I had no excuse for failure other than lack of discipline.
I wasn’t sure if I would try again until the following year; I would and once again I would fail.  I tried a number of methods to keep me on track. I would write in a notebook and track the number of words each day. I would type things out and keep notes as I went. I even got myself some dictation software so that I could just speak the ideas out loud and let them flow. Artistic projects kept taking the forefront of my creative time.  A new painting or a new technique that needed to be explored often bumped out my nano time. Essentially my art time becomes my nano time in November and for a while this was very difficult to digest.

Then it happened. Last year I sat down sometime in October and laid out a plot. It was really rough, just a plot for a story. I was hoping this story would one day be the first edition in a series of graphic novels I could illustrate. I created a couple of character briefs, outlined a few settings, and I made myself a fake novel cover (something I had read can inspire success).
I made peace with giving up my art time for 30 days and I wrote.
And I won!

It was a magical feeling of triumph to know that I was able to accomplish something that had alluded me for so long.  I let my novel rest for over two months while I zipped through the holidays, new year, and life in general. I went back to my novel some time later to begin the daunting task of editing but never got very far. It sits now , one third edited for continuity alone, just waiting for my attention once more.

This year I decided that I should try again to slay the dragon, proving to myself it wasn’t just a one-time fluke but rather the showings of some creative growth. I saved my plotting and character briefs until the very last moment this year which is forcing me to be a bit more of a ‘pantser’ than last  year, but I still have enough to keep me moving forward.  I created my fake cover once again and have been determined in my resolve.
My husband, a naturally talented writer with no interest in it, participated in NanoWrimo years before I met him and bailed after getting halfway through. He is genuinely encouraging and likes to give me outrageous goals that I then try to get as close to as possible.

IRC has really been my key tool for getting to the finish line each day. I pop into my local region’s IRC channel and get stuck in a word war or word sprint with a group of other writers in my area, all of whom I’ve never met, and the friendly competition gets my fingers typing rapidly. Wordwars even take me in directions I didn’t know the story would go because I am forced to act quickly, letting things flow from mind to keyboard.

So this year I’m a week in and after skipping two days this week, Friday and Saturday (I was quite burnt out by work on Friday and gave myself the 2 nights off), I still managed to catch up to the suggested daily goals that i set out for myself on Nov 1st in handy chart form.  If I can keep this up in the coming week, I may even have time to take a break over the weekend again and not feel stressed out about word count.

I’m guessing that by the end of November this year I will have two novels that need a beta reader so I can learn the fine art of editing and sharing.

If you’re participating in NanoWrimo this year I’d love to hear about your journey and what works for you. And remember to stay at it. By adding to your story today, you are one step closer than you were yesterday (and that totally rocks)!
If you’d like to support NaNoWriMo (National Novel Writing Month), please visit http://nanowrimo.org/