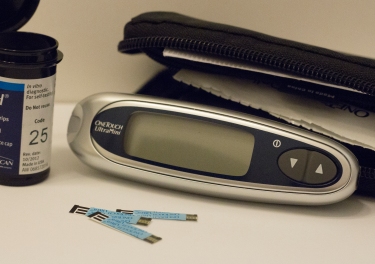 It was something I’d never heard of, a glucose test. Sounded easy enough. I had asked my doctor to test my glucose a couple of years before (I had gained a bunch of weight really quickly and it wasn’t shedding despite hard work at the gym) and everything came back normal. I figured I would pass this one and jump through yet another hoop of ‘advanced maternal age’.  I headed home and started to cozy up to my good friend Dr.Google*.
*always a mistake.
I learned that the 1 hour glucose test is a preliminary test and that even if I fail I may not have gestational diabetes, or GDM. I learned that many women who fail this test will go on to pass the three hour test so I was preparing. Until I got a text from my OB’s medical assistant while I was in a meeting. I had failed by 2 points. The cut-off for the office was a reading of 135 and I had hit 137 one hour after consuming the sugary sludge. I would need to schedule and appointment for the 3 hour test.
I kept myself together for the most part and then bolted out of that meeting as soon as it was done, bee-lined to the bathroom where the tears could flow in privacy. I was afraid. I was afraid of the next test and its 4 blood draws. I was afraid of what it might mean if I failed the three hour glucose tolerance test. I was just afraid.  I reassured myself by trouncing through pregnancy forums reading all of the posts by women who had failed the one hour and passed the three hour. I would be one of those women, so I thought.

The three hour test was unpleasant but not impossible. I stopped eating the night before the test, sipped on some apple juice (do not do this if you have a test coming up), and figured “I’m golden”.  The next morning I arrived and immediately had my blood drawn for a fasting number. The office cut off was 95 and I later discovered that my reading here, right out of the freaking gate, was high at 96.  They then gave me a bottle of sugary sludge and I had to drink it within 5 minutes. It was not fun but it didn’t make me nauseous. Then, because of some spotting earlier that week I had a sonogram done to check up on the little guy and make sure everything was alright; it was. By this time I was excited and nervous and vibrating from all of the sugar. I could feel it and I figured that was a bad sign. My appointment with the doctor after my sonogram was quick, he talked about the spotting and answered a few questions I had about what might happen if I DID have gestational diabetes. It was then time for my one hour blood draw. The nurse took it from the same arm and made a complaint about my veins. I went back to the waiting room and figured, if any of the numbers were going to be high, it would likely be this one. I had blood drawn again after two hours, and then three hours, all the time getting hungrier and hungrier. Then it was done. I left, grabbed a quick bite on the way into work, and went about my day.

The next day I heard nothing from my doctor’s office. I figured if the results had been bad I would have heard right away and so I assumed the best and went about my life. Two days later I got the call; I failed the three hour glucose tolerance test.

So because two numbers were elevated, I was diagnosed with gestational diabetes. I was devastated.  I cried until my head hurt. I cried falling asleep, I cried at work, I cried to my husband, to my work friend, and to my parents. How could I be so irresponsible? How could I put my baby at such risk?
I read all about the risks and treatments. I beat myself up over what seemed like a preventable complication. If only I had been a little younger and a lot thinner. I was sad and I was scared.
After a few days the doctor’s office called to schedule an appointment with the nutritionist but I would be out of town on the only day she was available so we agreed to chat at my next appointment, which was only a few days later. At the appointment they presented me with an informational video, showed me how to test my blood sugars with a diabetes monitor, and scheduled an appointment once per week for the rest of my pregnancy. My keytones were also high, indicating that my body was using fat as a source of energy instead of sugar. It also indicated that I was risking dehydration.

My OB gave me a guide , what I consider to be goals or targets, and instructed me to test five times a day and track everything I eat so we can maintain an even level and find out what causes spikes. I had a week before I needed to come back so we could review the numbers.
In my mind this week was a test. Could I control how my placenta and pancreas deal with each other by limiting what I ate and when? If so, I would have low number and ‘pass’. The student in me saw this as an independent study assignment and I was ready to get that gold star.

So this is what gestational diabetes looked like for me, 40 grams of carbs (simple carbs) per meal, 40 of protein, 2-3 snacks between meals, a goal of 2000 calories per day, and a minimum of 64 ounces (or 8 cups) of water per day. I was to test my blood sugar when I woke up, before I went to bed, and an hour after breakfast, lunch, and dinner.

After finding a meter that would allow my insurance to cover both the lancets and the strips (SO expensive) the first thing I did was grab my water bottle and start a tracking system. I also picked up groceries for snacks. As someone who eats 2 maybe 3 times per day the jump to 5 or 6 seemed insurmountable. I am still struggling with this but am sure it will get better.  I started reading labels and comparing brands, and started looking up nutritional information if I knew I’d be eating out.  There was no doubt in my mind that health and the saftey of my baby would be worth the effort. I never questioned for second if I would do ‘all the work’ because what it comes down to is that this is what my little guy needs and no matter how much of a pain in the ass gestational diabetes is (and so far it really is), he is more important than my inconvenience.

The very first morning after my crash course in blood sugars I woke up to a fasting number that was 108. this was beyond my morning target of less than 100. I was heart broken. I did some research to find out what would happen if that fasting rate was always high and the answer was insulin. I cried and shook at the thought of have to self administer a needle. My fear of syringes is lifelong and can be pretty consuming. I let myself be scared and tried to move on. I had focus, this diet challenge.  I came across a tidbit of information; have a snack JUST before bed, practically as you are getting under the covers, make sure it has protein and it should help those morning fasting numbers. It did and I have been doing it since.
For a week I paired veggies and meats, I ate snacks, I drank 8-10 cups of water per day, and my numbers were good. I was relieved that things were going well.

I went in for my follow up with the doctor and got that gold star appointment I was hoping for. ‘Stay on track, keep up the good work.’ was the message from my OB who then made a point to remind me that, things could change through no fault of my own. Gestational diabetes can change throughout pregnancy. I can do everything right, eat all the same things at the same time of day, and one day find that suddenly my numbers are all above target. He reminded me that it had nothing to do with me, that the changes in placenta and hormones are the evil culprit and that if medication became necessary, especially later in pregnancy, that we would get through that too.

We ended the appointment on a positive note by listening to the baby’s quick little heartbeat with a dopler. He was fine, I was relieved. I made my next appointment and after getting home, decided to look up some more diabetes friendly recipes online.

Little by little I am experimenting with my food, discovering where and when, how and IF at all, I can add in the foods I love while maintaining a consistent blood sugar level.
No more fruit juice, instead real fruit with yogurt (which I don’t care for but eat anyway). Lots of eggs and cheese, many meats with vegetables, and snacks that I am trying to be creative with.
I have a lot to learn and a long ways to go, but there are a few things that I have learned in the short time since I took that one hour glucose test that I wish someone had blurted out to me.

Sure, there are times when I wish I could be the stereotypical pregnant lady and send my husband to the store for a pint of chocolate icecream and a jar of pickles (or in my case a piece of chocolate cake and a rootbeer) but that can wait. My son is more important than the intense cravings that come with pregnancy. It’s my job to help him grow and it’s a job I accept with great joy. I also know that the piece of chocolate cake, rootbeer, and even a glass of wine, are all waiting for me on the other side. And so is my son. 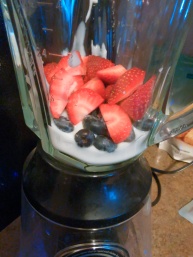 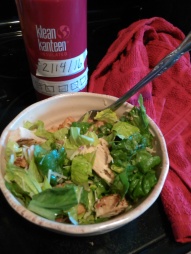 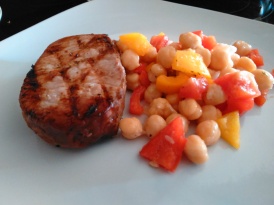 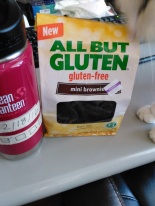